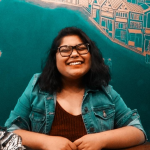 The art of stories and storytelling is as old as the human race, it does not matter in what form the story is in but it keeps on telling us something. Do you remember the first story that you read or heard, the one-story which sparked that imagination?. In our childhood, we all have been gathered in our grandma’s cosy arms and enjoyed her narrate to us the great epics of Mahabharata and Ramayana and have been put to sleep hearing our parents read us stories like the rabbit and the tortoise. Most of us don’t even remember the first story that we came across but it is believed that whatever story we have read or heard has in someway stayed with us in form od imprints on our souls.

It’s hard to tell the very first story written but the change began from stories and plays from by Greek and Roman scholars such as Homer a geek scholar wrote Odyssey and Vigil a roman scholar wrote Aeneid telling the trojan war from their own point of view. Stories were primarily written to preserve the facts and memories of an event or war, entertainment was not a primary reason back then. Then came many reforms in the form and writing, renaissance bought a huge change in the art of stories. Much famous drama and play writers have been inspired by Greek and Roman writers such as Shakespeare and  Dryden.

Stories are a way to preserve the emotions in their rawest form. Every era witnessed different stories written because the stories were inspired by what was happening around the author, surroundings, circumstances, situation, atmosphere played a key role in inspiring the writer’s mind and heart from which it penned down his stories.

We are social creatures and it is our very basic need to connect to other beings and we do it best by interacting, we like to share certain stories and experiences. Many of us read to escape reality even for a short while. In fact, reading stories is advised by many for proper stimulation of emotions and stories greatly help kids in fact everyone to increase their power of imagination. Stories tend to tell harsh truths of the world in much more effective manner and as they are full of knowledge it is recommended that reading them not only helps to increase vocabulary but also helps to find solutions to many of our problems. Some stories are so inspiring that they have been said to change so many lives and inspire millions. Stories have helped people accept change and stories. The story of APJ Abdul Kalam in his autobiography has inspired many to take the risk and take one step at a time. Stories help us understand humankind, its behaviour and facts. Our own life is a big collection of stories.