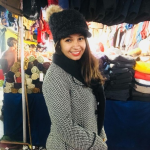 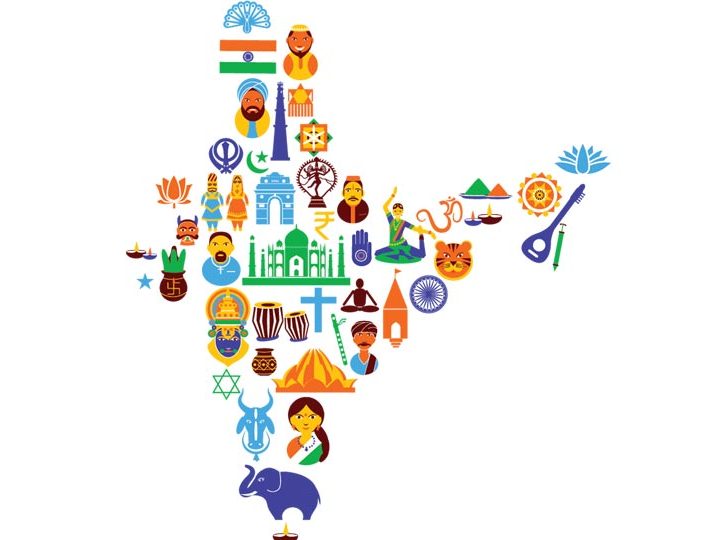 Definition of the Indian Culture ‘Unity in Diversity’:

We talk about Indian culture and lavish Geographical riches, its scenic beauty which mesmerizes the soul from within, but the core of India’s strong stance globally today is maybe the result of its history as well as cultural diversity. The heterogeneity in terms of language and linguistics, the multiplicity in the sphere of religion, the variety of belief systems supplemented by its ancient yet classical history sums up the true definition of the phrase ‘Unity in Diversity’.

The beginning of Indian culture and civilization dates back to the 8000 years old civilization which was coined the label as Indus Valley Civilization or more precisely known as Harappan Civilization. It initiated in the prehistoric landforms of what we call today Pakistan and Western India. It hatched the largest of the four ancient urban civilizations of Egypt, Mesopotamia, India, and China. As per the excavations carried out on the ruins of Mohenjodaro and Harappa, we can witness the glorious developments in the form of weapons of war, gold, silver ornaments, pottery wares, toys, and even seals. Cities so well planned with a properly organized and scientifically laid drainage system, garments intricately garnished with the cotton and woolen fetched from the raised livestock even left the archaeologists gaping.

Now talking about the Vedic Civilization, of Indian culture we cannot ignore the two great epics Ramayana and Mahabharata which is the prime source of the spiritual belief system of the Hindus. It nearly forms the backbone of our value system and is worshipped as a holy book in each and every Indian house.

Following Indian Culture and Vedic civilization, was the era of the one and only Gautam Buddha who tried to embed human values in our circulatory, thus blessing us with the knowledge of The Four Noble truths i.e the truth of suffering, the cause of suffering, the truth of the end of suffering and the truth of the path that led to the end of suffering. He embraced the concepts of Karma and reincarnation and taught us to live a life by liberating ourselves from the limitations and desires of the physical world, which is a state of complete bliss. He paved a way for us that was not proximal enough to the materialistic world.

Plenty of invasions took place over our land. As the years rolled by Indian Culture, our jewels, our culture, wealth, and riches got severely plundered at the hands of Alexander, later on, followed by Mahmud who invaded India seventeen times, Turks, the barbaric hoards who established Muslim rule in India by the power of arms, the invasion of Mongols under whose reign sultans like Balban and Ala-ud-Kalji adopted a sadist policy and established a despotic government at the Centre. India which was termed as ‘The Golden Bird’ was raided for its immense wealth. The cultural exchange occurred and our values and riches got hijacked by the foreign invaders and floated unevenly to their lands.

The empires spanning from the Mauryan Empire to the other empires like the British Raj, Mughals, Guptas, Marathas, and a plethora of other sultans who ruled India forms an essential part of our Ancient, Medieval, and Modern History and the deeds, happenings, and advancements which took place in their reign are recorded and documented well in the variety of forms like palm leaves, the carvings on the stones and walls, scriptures and manuscripts which are the Chronicles of our past which we integrate and associate as our ‘Indian History’.

Knowing about the country’s history develops a sense of pride about the Indian Culture among us and helps us to fetch understanding about the incidents which yielded the present India in which we reside today. It provides us keen insight into our millennial culture and evolves a cross-cultural understanding among us. The best part of it is that we learn to recognize and appreciate our identity in the global world. Moreover, on a personal scale, it blossoms our core principles, our value systems and helps us to stay grounded at each and every point in our life.

Westernization and Globalization have engulfed our traditions, customs, and family values which were originally predominant in our country and have set us onto a new path of what we call ‘modernization’. We are blindly blowing trumpets about the French Revolution and Russia’s October Revolution in our classrooms while on the other hand nobody wants to know about the Indian culture and contributions of freedom fighters like Chandrashekhar Azad and Bhagat Singh in delivering us our ultimate Independence.

We live in a country where our own Indian culture attires like Dhoti-Kurta are considered too typical or old-school by our own children. The concept of joint families is abating in the name of ‘preserving one’s own privacy’. We prefer Chinese, Italian and Japanese cuisine over Indian cuisine. And these people who find the Indian lifestyle too conservative and ‘not-so-cool’ proudly update their WhatsApp and Instagram status on the occasion of Republic Day and Independence Day.
So, the demand of the time is that we do self-introspection and self-reflection of our actual selves, delve deep into our country’s history and bind ourselves to our own Indian culture and values.

Western culture is rising by leaps and bounds and the day is not far when Indian culture will be entirely wiped out of us by this cultural holocaust impending its impact especially onto our X-generation.

The only savior we have in our hands is ‘Patriotism’ to which the Indians have been oblivious for long.