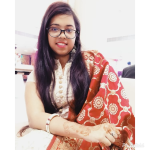 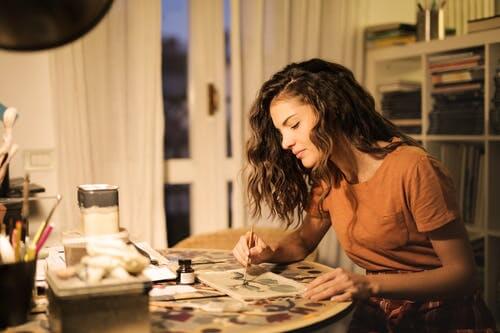 “We have a wonderful world to be inspired by and each new day is like an adventure into the unknown, where things that require a second glance can be captured in time on a canvas for anyone to enjoy forever. — Louise Corke”

Inspiration is what awakens us to see new possibilities in our life. No matter what we do in our life there is the inspiration behind that. Inspiration can be from within, from a song or a speech, it could be anything and everything. Steve Jobs saw inspiration in a wall painting, even little ants are inspiring, they inspire you to never give up, no matter how many times you fall. All it takes is to have an open mind to look for inspirations around you.

Inspiration is not a single day’s ritual, it’s a never-ending process. It’s like food, you need it every day, or like your reputation, you have to work on it every day to increase it or even maintain it. Inspiration is not permanent at all, you need to practice it on a daily basis. Just never stop looking for it, there is a reason to find inspiration every time. You can see mighty minds or successful people in the world, it’s in their routine too, to keep themselves inspired. There are a number of magnificent personalities, who proved by their life that how important inspiration.

The Real Power of inspiration

“All my inspiration comes from life. That’s how it never stops, in a way. — Marina Abramovic”

Bill Gates one of the wealthiest men on the earth, he won’t be where he is today if he had given up on his initial failures, and not even his life but our life would probably look so different without his very own sensational creation Microsoft. Despite his substantial aptitude for business, his first business venture failed miserably, but it was his own inner inspiration and believe towards what he was doing.

A second most prominent example is Mark Zuckerberg, who doesn’t know about the success story of Facebook, how it started and where it is today, what it has achieved so far as a social network website and a company. When it was a hard time for Mark Zuckerberg when he started doubting himself and his idea, imagine if he had given up at that very moment? There would be no Facebook today! Instead of losing all his hope, he took Steve Jobs advice. Steve told him to spend some time travelling around India so that he could reconnect with his idea of connecting people. Coming to India made him think how much better the world will be if everyone connected strongly. He didn’t stop there, and further went to a temple in Uttarakhand, Kanchi Dham, it was then the Ashram of Neem Karor Baba. Talking to him inspired Mark that he could really do what all really want to.

Inspiration is the strongest weapon to fight the negativity and bad times of life. Sometimes we are so depressed by the situation that we stop looking for inspiration to keep moving one and that is where the downfall starts. It’s the time when we just want to sit in a room with lights off. But we have to get up leave the darkness behind and move on with life. Both of these examples above tell us to never stop looking for inspirations, as soon as you get one, start looking for another and then another as people say more the merrier.